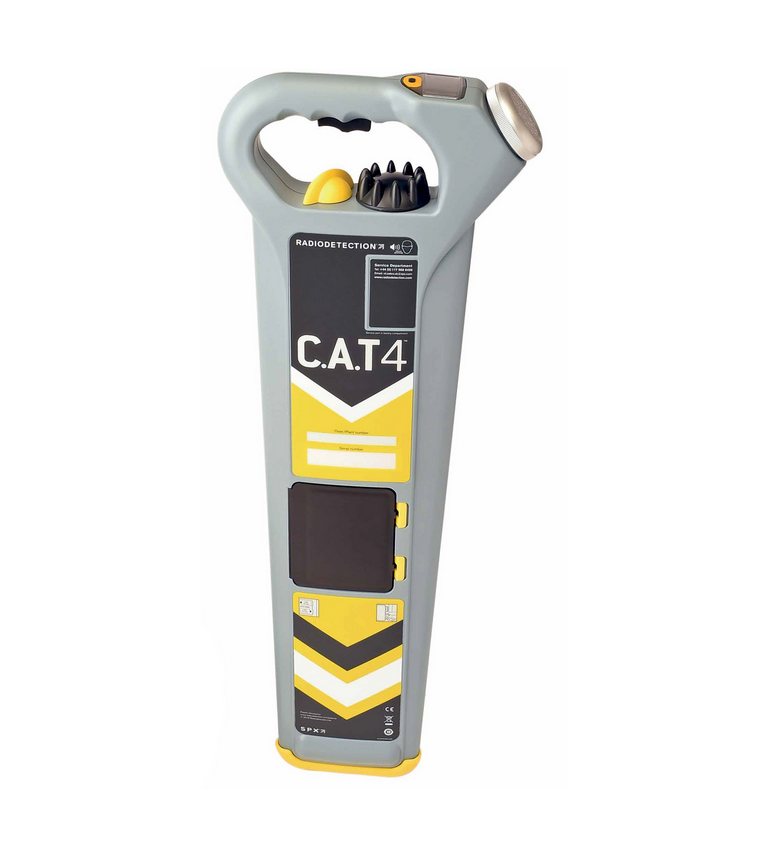 Widely used as the tool of choice by professionals around the world involved with working underground, Radiodetection's CAT4 Cable Avoidance Tool will help you to easily locate underground buried utilities which generate their own signal.

It is important to note that the CAT4 cable avoidance tool should predominantly be used in conjunction with Radiodection’s Genny4 Signal Generator. This allows for locating hidden utilities that do not generate enough EMF or radio signal for them to be detected by the C.A.T4 alone.

The CAT4 can be purchased with an optional ‘StrikeAlert’ feature when selected from the drop down list above. ‘StrikeAlert’ presents a visible indication of utilities that are located close to the surface of the ground that would present a potential ‘strike’ risk if left undiscovered.

The C.A.T4 also features ‘Dynamic Overload Protection’ that filters out unwanted electrical noise commonly found in and around electrical sub-stations and surface mounted HV cables; these can have an adverse affect on the detection of buried utility locations. Signal strength is displayed upon a high-contrast, backlit LCD screen that features a bargraph ‘tidemark’ allowing for quick and easy pin-pointing of hidden utilities.

Do you want to receive information in your email with news, training and marketing communications?

At DIGAMEL Subestaciones we pursued a clear objective since our division creation. Our working life revolves around Energy-through Energy, to provide you solutions with products and services that allow your electrical power system to run safely, efficient