What are the main battery failures and what equipment do we have to help you test your batteries? 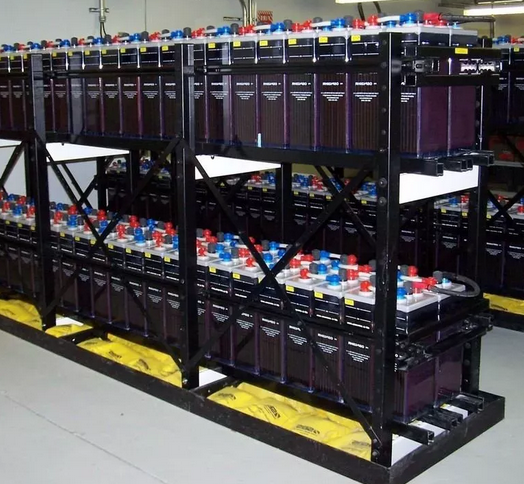 What are dischargers battery?

Battery dischargers are a solution designed to discharge batteries and certify the energy that is stored. Its technology is based on resistors that consume the electrical energy stored in the battery, controlled by a power stage handled in turn by a processor. The high frequency switching makes it possible to regulate the discharge current with an accuracy erro better than 1%, in addition during the discharge process the equipment measures and records the voltage and discharge current values of the battery bank, saves them, and presents them in a report through the software that includes free with the equipment. 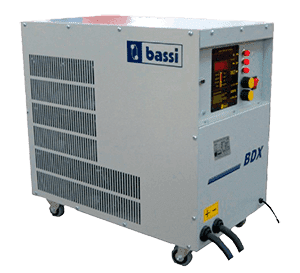 It is a robust equipment, valid for use in the field and draggable thanks to its front handle. It weighs about 55kg weight and dimensions of 32.6 x 56.5 x 48.3 centimeters in most of itsversions. It is necessary to provide it with independent mains power to the battery in order to power the forced air cooling of its resistors and the control electronics of the  equipment.

They are virtually capable of discharging any power as they allow their connection in parallel. In practice it is necessary to manually start these dischargers to start the test so the maximum current will depend on the ability to start them.

What are battery dischargers used for?

The battery discharger allows a controlled discharge of the battery at constant current with two possible test ends selectable by the user: Final cell voltage, or test time limit.

The capacity of a battery is the amount of electricity that can be stored and then discharged, measured in ampere-hours (Ah).

When a battery is new, its capacity may be somewhat lower than specified. This is normal.

It happens that when discharging at constant current it is not necessary to integrate the current within the time of the measurement. In the report  the discharged current draws a  recta, being the capacity  shown in Ah,  however,  the same does not happen with the banks of resistances where the current varies depending on the voltage in terminals of the battery.

The main difference with respect to the measurement of the internal resistance is the time needed to perform the discharge test which can range from a few minutes to a few hours.

What types of failure exist in flooded lead acid batteries and how do they affect the battery?

Thanks to the battery discharger we can detect several types of failure in flooded lead-acid batteries, some due to use. Others occur naturally like oxidation in the aodo, it is simply a matter of time before the battery fails. Maintenance and environmental conditions can increase or decrease the risks of battery failure.

Corrosion of positive electrodes is a type of failure of given flood lead acid batteries, because their grids are alloys that after a while become rust. As the oxide is a larger crystal than the lead metal alloy, the plate grows.

While this rust plate growth is contemplated in the design phase, by the end of the battery life the board will have grown enough to open the battery caps.

On the other hand, the sediment embedded in the bottom of the vessel can produce a short or decrease the flotation voltage of the battery, in part a certain volume of sediment is normal as long as they are reasonable amounts.

Corrosion of the conductors connecting the anode and cathode poses a difficult visual inspection, as the top of the battery is sealed and hidden by the lid. The battery will fail when a high amount of current is demanded due to the backup of the supply with the network failure.

Usually, due to the excess heat, it happens that in this battery a desiccation occurs, when there is no adequate ventilation, which can lead to high temperature increases. When enough electrolyte is discharged, the internal impedance increases and the battery capacity is reduced. In some cases the pressure regulation valve can be removed and distilled water introduced.

Short circuits are produced when the plates of opposite polarity pushed by the bush are joined, although hard shorts are produced for that reason, on certain occasions and due to deep discharges soft shorts are produced. When the specific gravity of the acid drops too low, the lead dissolves in it. As the liquid (and dissolved lead) is immobilized by the bush, when the battery is discharged, the lead leaves the solution forming thin lead threads known as dendritics inside the bush. In some cases lead dendritics cause shorts between the bush and the other plate.

What types of failure exist in Nickel-Cadmium (Ni-Cad) batteries?

Nickel-Cadmium batteries sometimes presenta decrease in their capacity due to their normal use, it is irreversible but not catastrophic as the growth by sulfation of the positive plate in lead-acid batteries.

Carbonation is another gradual but reversible process, produced by the absorption of carbon in the air to the potassium hydroxide electrolyte. Without proper maintenance, carbonation can cause the load not to be supported, which can be catastrophic for the equipment. It can be made reversible by changing the electrolyte.

Keeping nickel-cadmium batteries in flotation for long periods, without charge and discharge cycles can cause catastrophic failures in the load supported. The battery discharger may be useful to perform these discharge cycles and also both the battery rectifier family and the mutli-voltagecharger familywill allow routine maintenance. These flotation effects are reversible, discharging the battery once or twice.

Do you want to receive information in your email with news, training and marketing communications?

At DIGAMEL Subestaciones we pursued a clear objective since our division creation. Our working life revolves around Energy-through Energy, to provide you solutions with products and services that allow your electrical power system to run safely, efficient